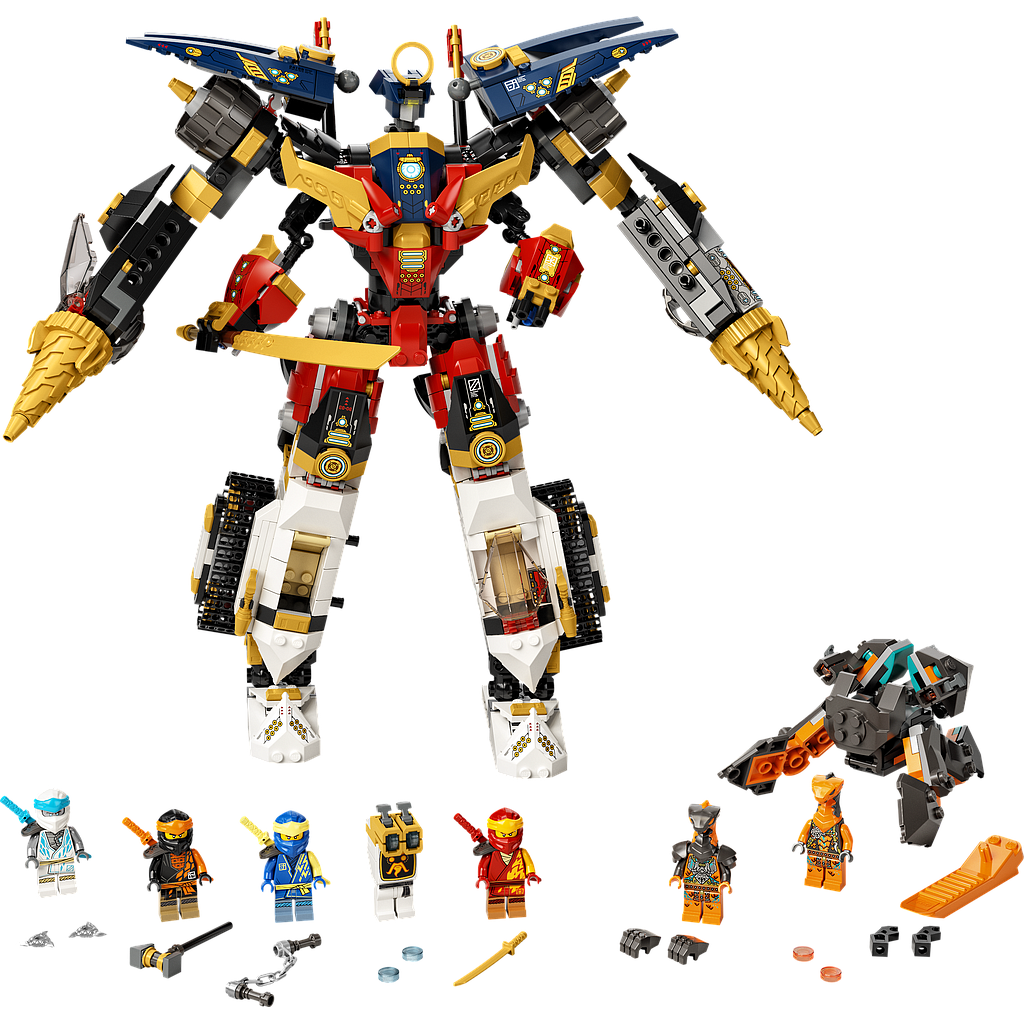 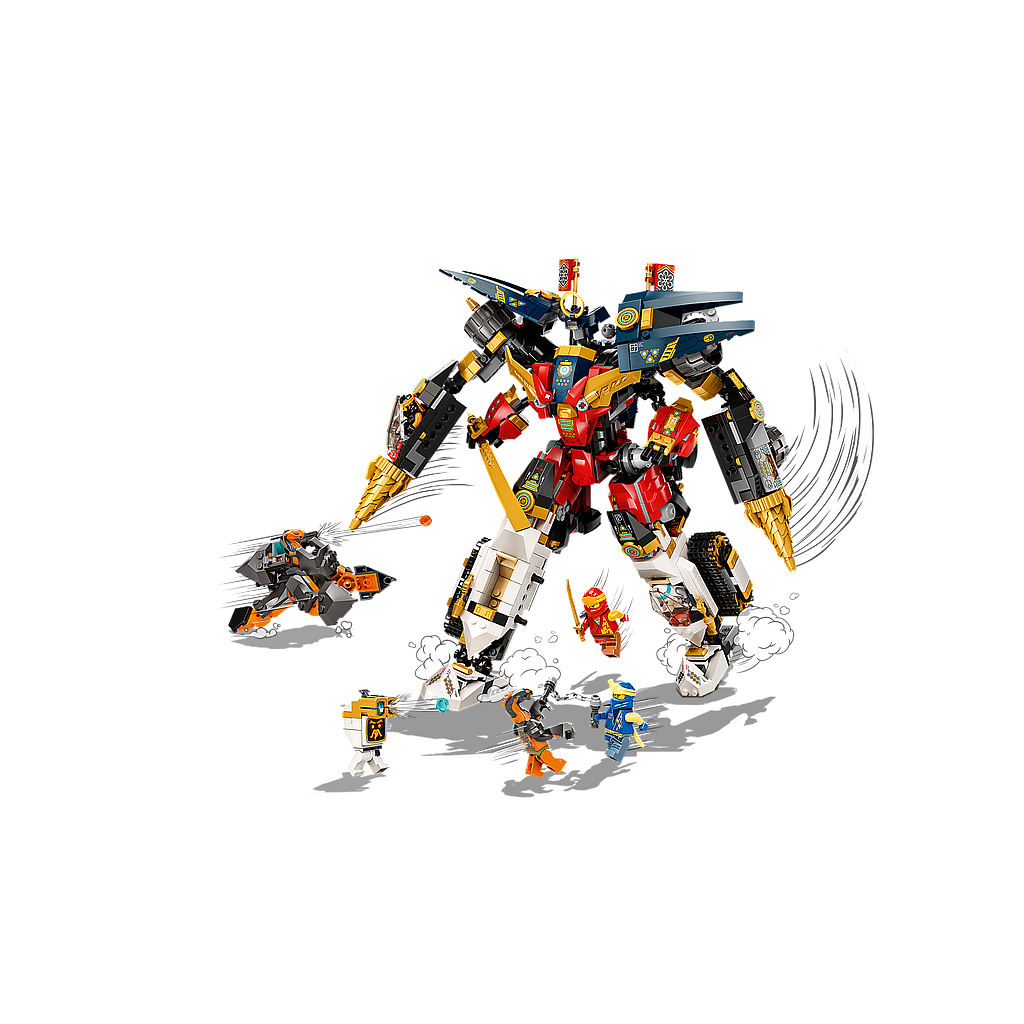 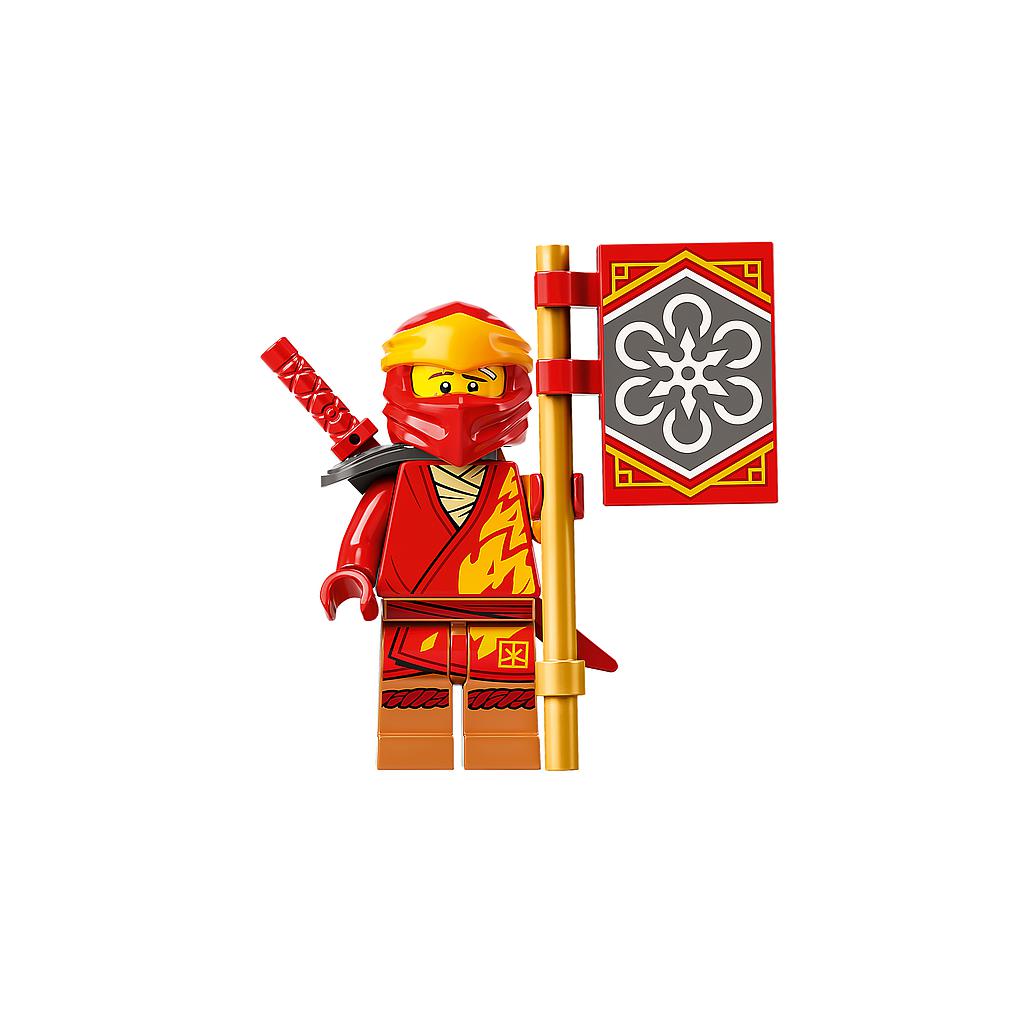 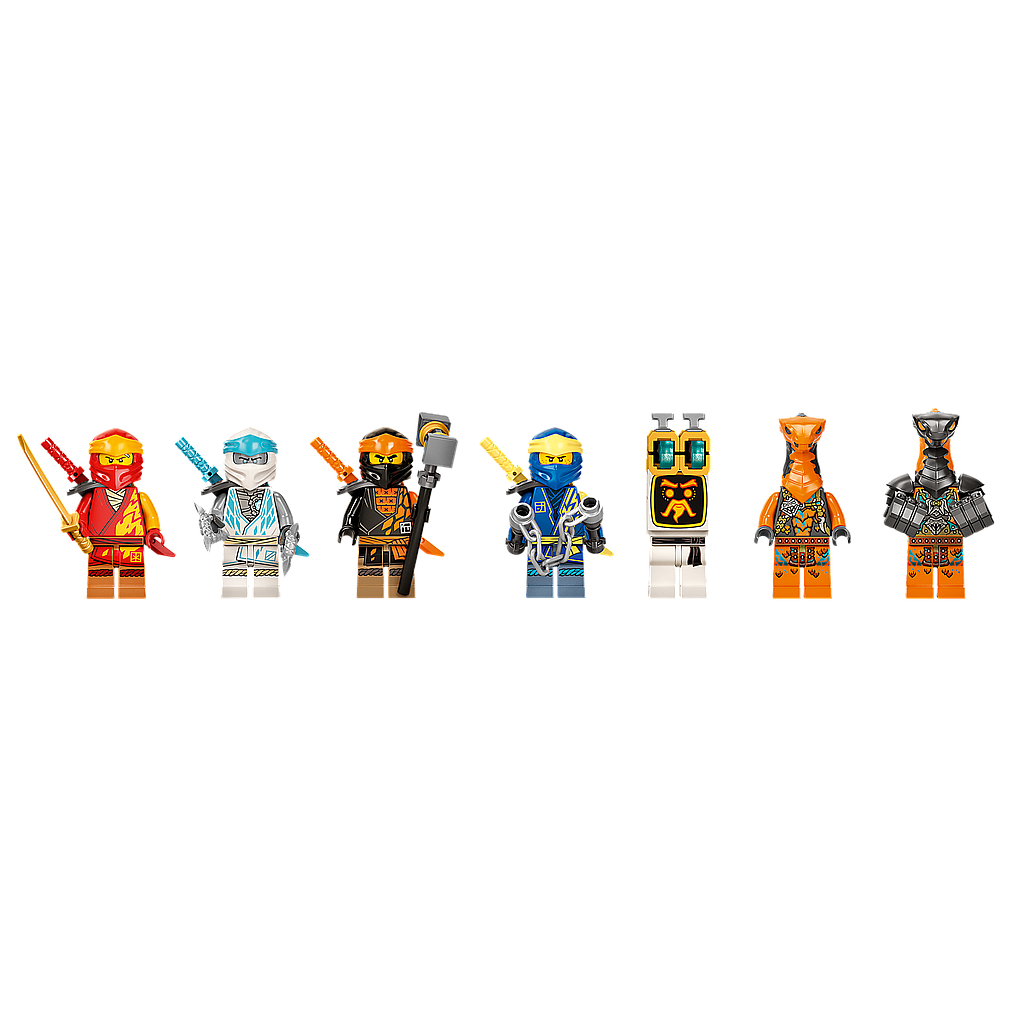 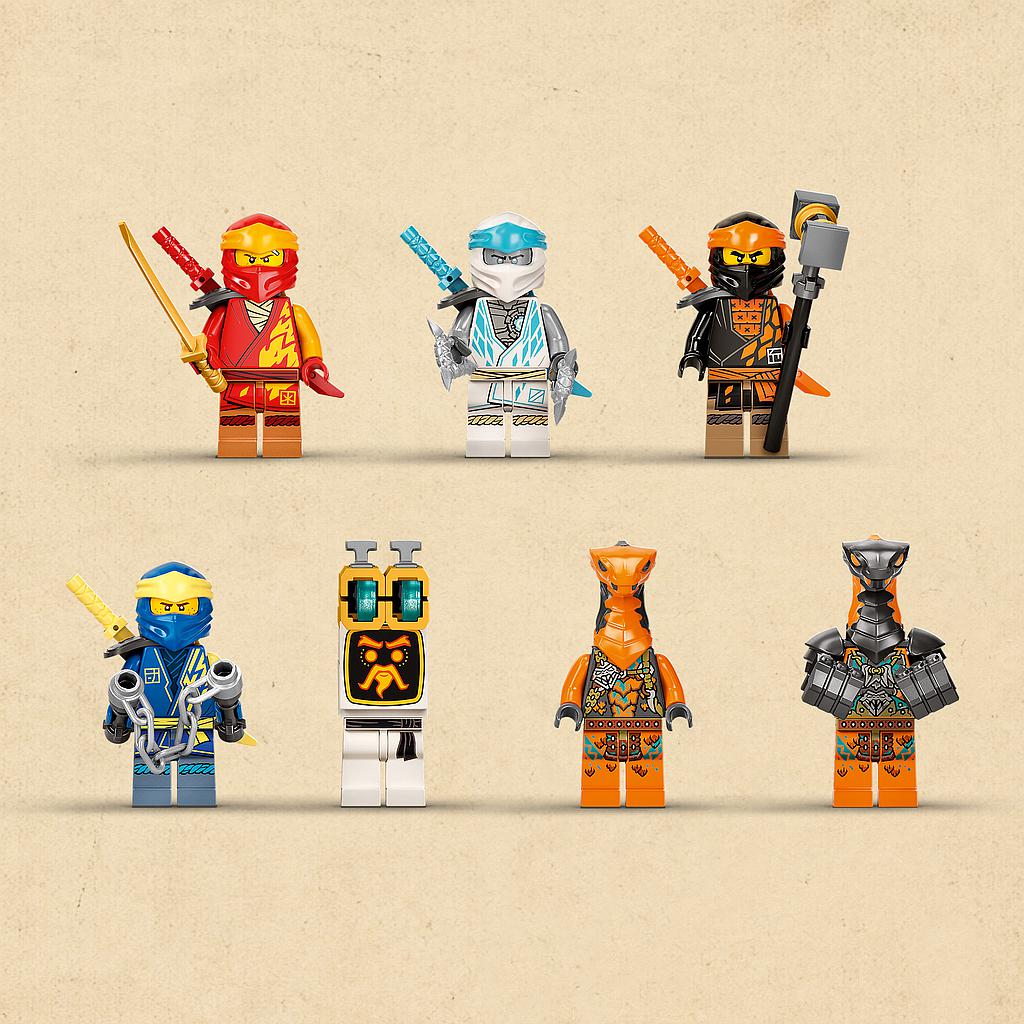 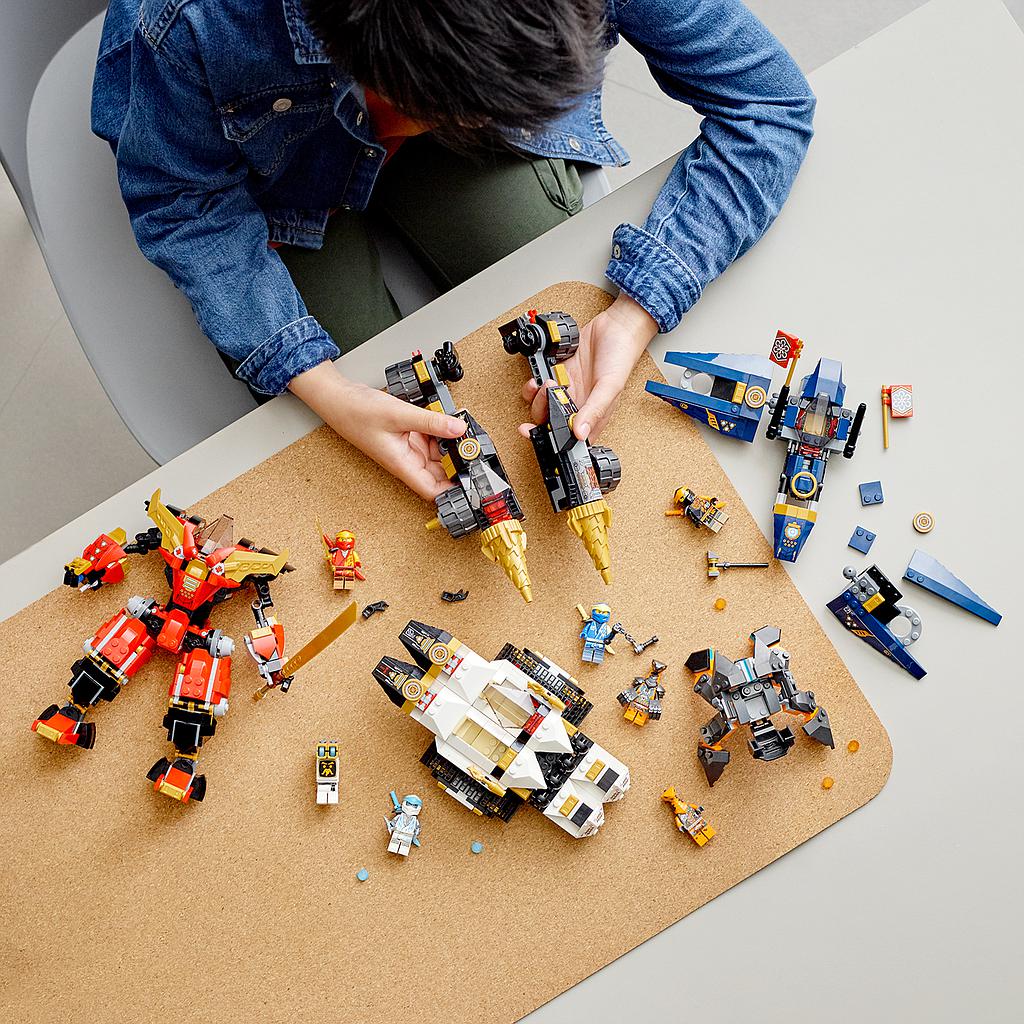 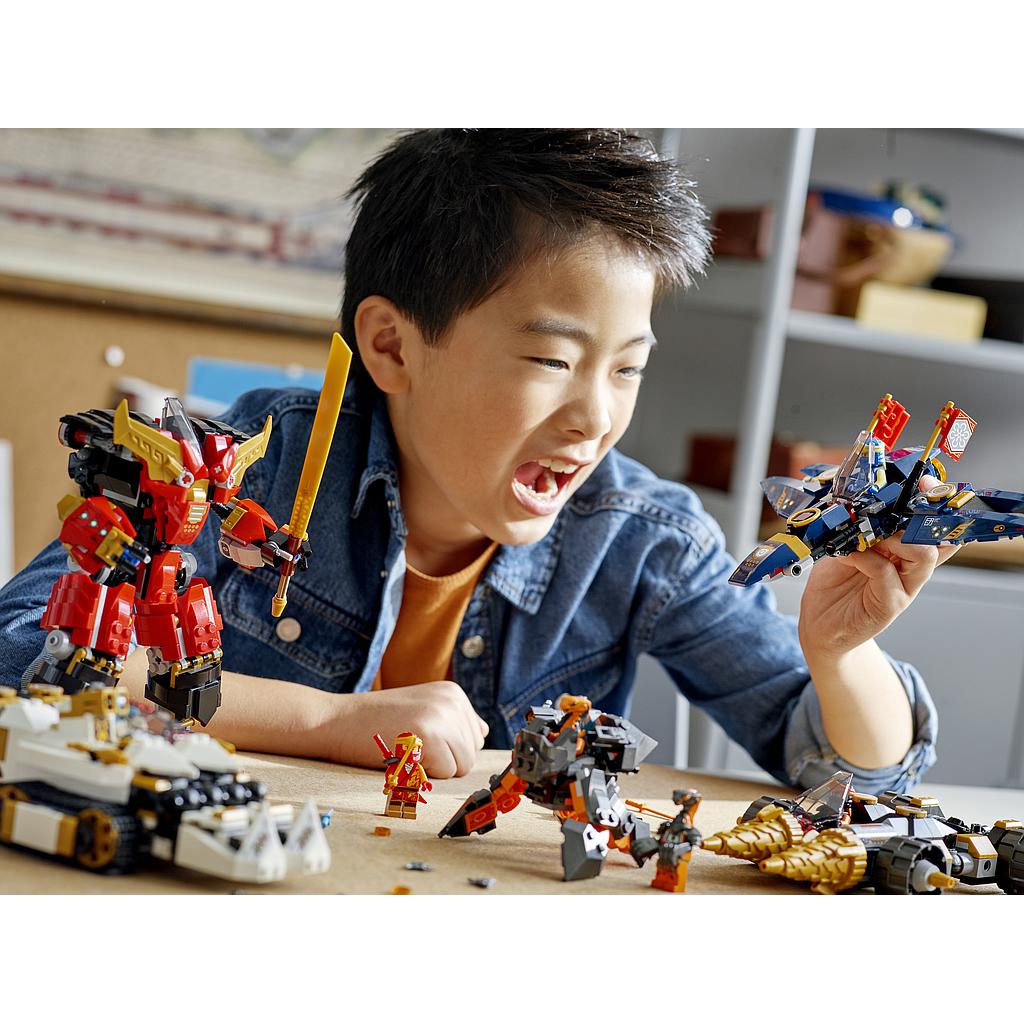 Kids will be thrilled to play out hours of enthralling ninja action with this LEGO Ninja Ultra Combo Mech – a 4-in-1 vehicle playset!
Read more
Price: 94.90 € 94.90 EUR

Building sets to fuel the imaginations of ninja fans
NINJAGO® toys lure kids away from their screens and into an enthralling world of fantasy action. Here they can team up with their brave ninja heroes to battle the forces of evil with an extensive collection of building sets including mechs, dragons and temples.

4-in-1 ninja battle toy – LEGO® fans will be thrilled to dive into ninja adventures with this NINJAGO® Ninja Ultra Combo Mech (71765) made from 4 different vehicles
7 minifigures – Ninja playset includes Kai, Jay, Zane and Cole to play out all-action battles against the evil snake duo of Cobra Mechanic and Boa Destructor, plus Wu Bot
Nonstop play – The mech toy consists of 4 vehicles: a car, tank, jet and mech that can all be detached and played with separately to provide kids with endless play possibilities
Collectible banner – New for January 2022, when kids complete their missions and defeat the snakes they are rewarded with a Teamwork banner to display on the mech
More rewards – Look out for banners in 7 other NINJAGO® sets, including Lloyd’s Legendary Dragon (71766), Jay and Nya’s Race Car EVO (71776) and Ninja Dojo Temple (71767)
Build and play – This 1,104-piece ninja playset allows kids aged 9 and up to build as they play out ninja stories with their heroes
Play on the go – Standing over 12 in. (31 cm) tall, the 4-in-1 mech toy size can be played with at home or taken to a friend’s house to continue the action
Fantasy action – LEGO® NINJAGO® toys let kids step away from their screens and escape to a mystical world where they can take on the forces of evil
Premium quality – For more than 6 decades, LEGO® bricks have been made to ensure they pull apart consistently every time
Always in safe hands – LEGO® building bricks meet stringent global safety standards